The night has just began in Genting.

2030 hrs
Get set… ready and go. I can’t miss it. This is the first time I am watching such shows. I know very little of such shows. Yeah.. I don’t fancy reading books. I dun have time for TV. I dunno where all my time went. It seems to just disappear in thin air.Â

2100 hrs
We finally got in. I kenot believe it. We were finally in The Pavillion. It’s not as big as I expect it to be. Quite small but cozy. Well.. seriously genting did a very great job by hiring many people to assist us to the seats. My seat was just right there but well.. 3 person insist to show me my sit and since they wanted to show the way badly, why not allow them to right?

It’s hard to believe. From the seating diagram I saw when purchasing the tickets. I tot it would be far away. I can only see people at the size of a peanut. But no… our seats were superb. It’s the 5th row from the stage. I can see clearly what everyone is doing on stage. It’s just too bad we can’t bring our camera’s in. Before the shows started, there were this group performing some malay dances to kill time. I must say they really put on some good show there. But well, I guess not many people appreciated.

Many people around me, behind me, in front of me brought in all the kids, babies and what not. I seriously hate kids when they start to scream, step on your feet in purpose and well the tragic one “kick your chair the whole night” as if there’s an earthquake in genting. Argh! They just gets on my nerve. 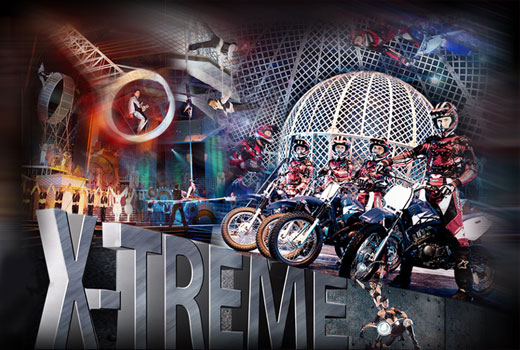 It was the largest set ever built for a live show in genting. Oh yes! It is one beautiful set that resembles a high-tech toy factory. From the making of this show, it’s said that it took 3 months of careful planning and execution to finish up this set and it is mad from solid steel.

The set nicely open and all the performers come to live when the clock struck. The robotic yet energetic opening dance was superb. It just starts and pump up the adrenaline rush in me. The show continues when the dancers decides to open up the box. Yeap some jack-in-the-box like thingy but the difference here is.. it’s not jack but a pretty lady in the box. Off she comes dancing to the middle of the stage with her all white dress and a white scarf. Her acrobat stunts was just amazing. Using only her feet to balance herself on the hula hoop in the air and spin around. What’s worst when she only use her toes. My heart almost fell out and my jaws for sure can close. Both my contact lenses almost pop out when she lands. Hem… simply graceful and entertaining.

We were then entertained by a group of spanish dancers. Hemm… I must say the dance is cool and the outfits. OH MY GOD! It’s seriously pretty. I mean… well.. now I know why many people I know is dying to learn how to dance. I never know it could look that good and “attractive”. Hahaha. 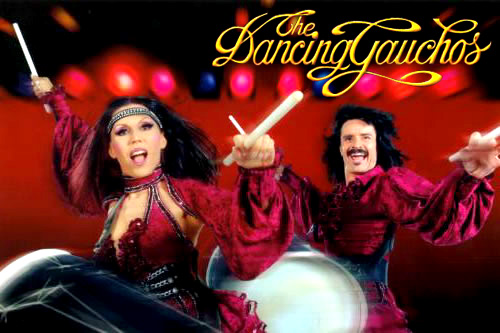 The Dancing Gauchos were next to perform on the stage. Their ability of their hands to swing and twist and turn is simply amazing. I seriously don’t know how to describe their stunts.I wish my hands can spin that fast. Hahaha.. then I will have mou ying sau.

We were then entertained with some tap dancing. Wow.. I must say this show has put a lot of effort into their costumes and I can imagine the sweat vapourized in the hard training they do daily to ensure no mistakes were made. It’s just so cool and neat! Stunning.

A group of seven russian guys made their entrance to the stage. Their balancing, I must admist is simply so good. Can you imagine them balancing themselves on a 12 feet tall pole with just using their heads and shoulders? Geez… The rather scary part was when they almost did a mistake which I guess will cost them their lives.

The stage went dark for a few seconds and we were then lighten with this dance sequence as an introduction to the motorcycle stunt in the Globe of Doom. Each dancers were dressed in punk looking clothings holding the head of the motorcycle and made great dance moves.

The Globe of Doom was simply amazing and interesting. How can I forget. Me and motorbikes.. they are just like sugar and everything sweet mixed together. I dunno why.. I just love bikes. It gives me this freedom feel. Hahaha.. I like to sit behind the bike and feel the wind. In the Globe of Doom, there were 3 motorcyclist riding inside it in high speed. It’s simply amazing. The way I look at it is like some fast moving object going in 360 degrees inside a snowglobe. I guess the slightest mistake or timing can be pretty deadly.

There were then this presentation by the clowns from Ukraine. Their performace was rather ermm…. predictable. I sorta see the similar performace in the television. But’s it still cool to watch it right in front of my own eyes. Haha…

I guess the main attraction of the whole show is finally revealed. The Wheel of Thrill where there is this man who walks, jumps and hops inside and outside a wheel that rotates 360 degree. What’s amazing is that he even skip ropes, juggle torches and walk blindfolded. In some attempts that night, he almost fell from the wheel. In his closing act, he did fell from the wheel but lucky he was near to the floor thus the damage wasn’t that bad, but in the ending, we could see him limp a little. I guess it’s just not his day! Better luck tomorrow.

All the stars then gather in the middle of the stage and bow while they were being introduced for the last time. The 80 minutes show ended with some photo session. Well obviously we’ll have to pay to take pics… or else velverse would be full of pictures by now.

It’s a serious worth seeing show. RM56 for a 5th row seat to watch acrobats that will make your contact lenses pop out, left your jaws wide open and heart skip a beat. AMAZING!

Well… I can’t take pictures inside but well.. hahaha I still manage to take some pictures outside. Yeah! mini pictures… coz ar… ermm.. hand shaking terribly due to cold weather.

Day 03: I survived Kaohsiung and Anping with Ah Phy – The Grand Mazu Temple