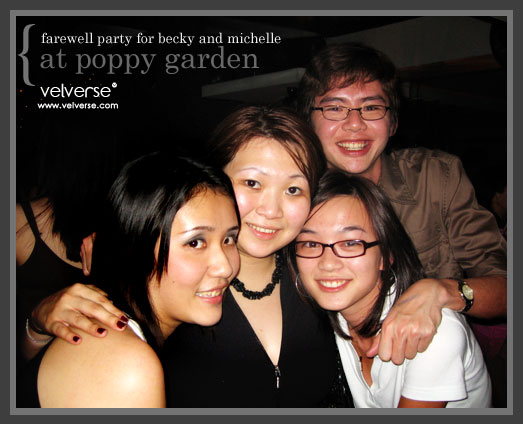 Party on Friday night. Everyone says I have been partying quite hard recently, well I dun figure so. Maybe I was rather quiet and not active for quite some time. Hahaâ€¦ as far as I remember, I am still someone who likes to have fun and party.

Many said I grew older, but how can, I am only 25. Heheâ€¦ so yeah, I am still very young. Very very young *blink blink blink* 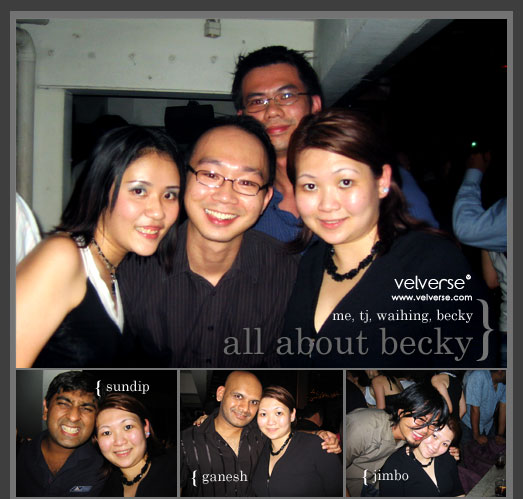 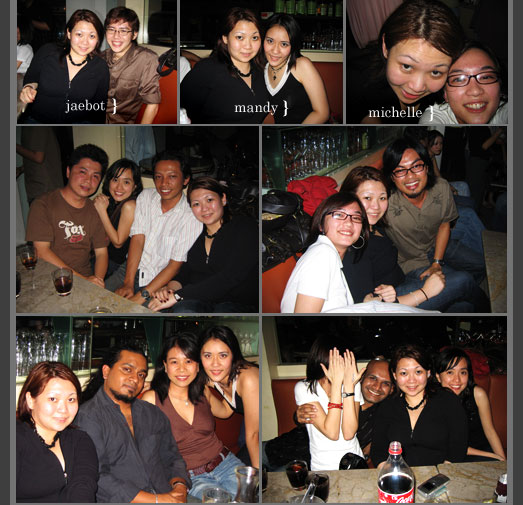 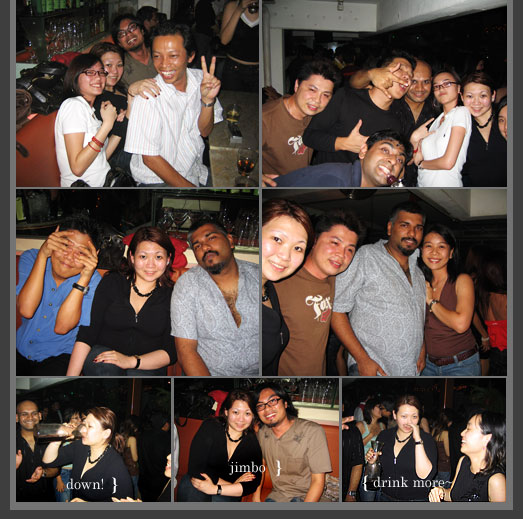 WOoohooo… party time is here. When we reach Poppy Garden, not everyone is there. Just a few people were there. Most of them got stuck in the jam. The place was rather empty when we first enter. Well actually I wasnâ€™t really impressed with their attitude and manners. As a paying customer, I somehow feel the PR people in Poppy Garden rather snobbish and arrogant. But well, what can I say, never allow matters like this to disturb my party mood.

Almost everyone was there, Jae Sern, Michelle, Eunice, Alvin, Ang, Becky, Beatrice, Azli, Loh, Adrian, Ganesh and May. As usual, Jimbo is fashionably late. Haha.. but this time he is being accompanied by John. When they come, the party officially started. Drinks, drinks and more drinks. Non-stop pouring of alcohol. Yeahâ€¦ the noisy music, I really canâ€™t hear what other people is talking except the word â€œDOWN, down, DOWN.â€

After quite some time of drinking, TJ, VJ, Wai Hing and his girlfriend, Sophia came and join the party. Ahâ€¦ itâ€™s really glad to see them. Itâ€™s been a long time since I saw them. I remember the last time I saw them all together was Teekayâ€™s farewell. 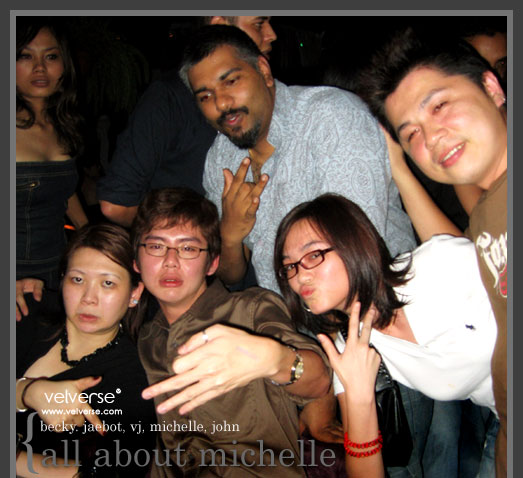 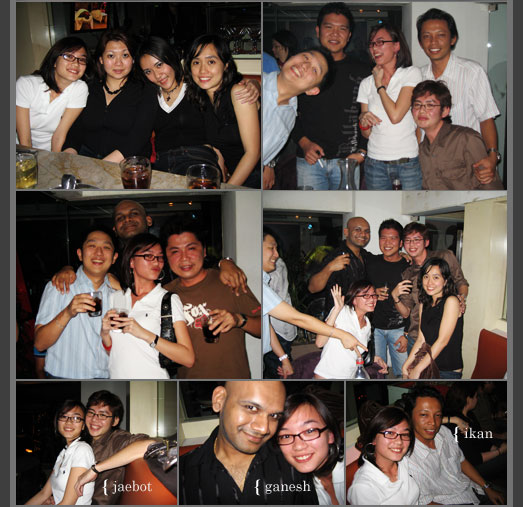 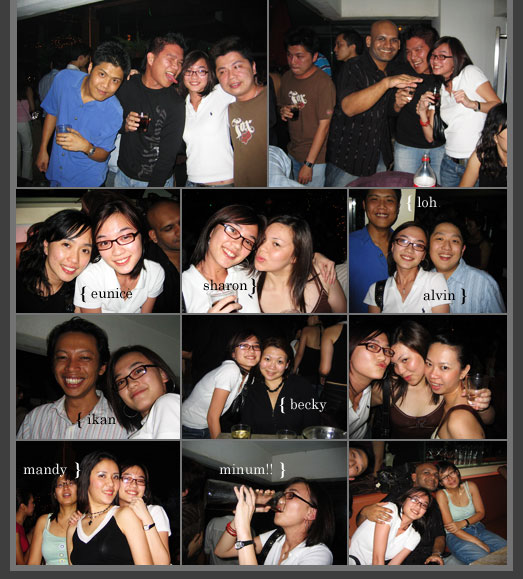 Party was good, flows and flows of drinks, good music and loads of chun chicks. Everything was cool. Everyone had a good chat and good time. Wellâ€¦ after loads of drink, everyone start to be in the mood. Heheâ€¦ as usual Jae Sern face is as red as â€œKwan Yee Korâ€.

We wanted to go dancing at the dance floor but it was seriously packed. The place was packed till I canâ€™t really move. So we all decided to dance around our table. TJ, Wai Hing and Sophia left early as they were quite drunk. It would be more fun if they could stay till the party end but well, canâ€™t really do much.

Jimbo ad VJ was super duper drunk. Hahaâ€¦ before drinking, Jimbo said he doesnâ€™t want to take any photos but after loads of drinks, he pose and pose for the camera. Like people always say, a few drinks and the true self will show.

I guess happy moments do pass by very fast. Everyone left Poppy rather happy but tired. We then went mamak and eat supper at Jumpa CafÃ©. I ordered a Maggie soup. I can say it is the saltiest Maggie soup I have ever eaten. Itâ€™s like four sachet of Maggie soup base cook with 3 bowl of water till Â½ a bowl of water. *ewwwww*

On the way back, all the things I could think of is the first time I ever see them. It seems like yesterday. Yeahâ€¦ it all seems like yesterday. I remember the first time I was introduced to Becky. I still remember, it was my first day at work. VJ bring me around the office and introduce me to everyone. When VJ brought me to Beckyâ€™s desk, he says â€œThis is Becky, if next time she calls you, you better run for your lifeâ€. Haha!

As for Michelle, the first time I saw her was at Ganeshâ€™s farewell. Yeah, Iâ€™ve heard a lot about her before that but never met her before. I still remember she came rather late to the party with her friend. We didnâ€™t talk but I remember Hazim told me who she is.

Ahâ€¦ everything seems like yesterday. Everything still stays clear in my mind. Hope we could still gather around from time to time. Yeah… everyone spare some of their precious time to gather, hang out and party together. I think itâ€™s a pretty cool idea. Yeah! Should do it more often. 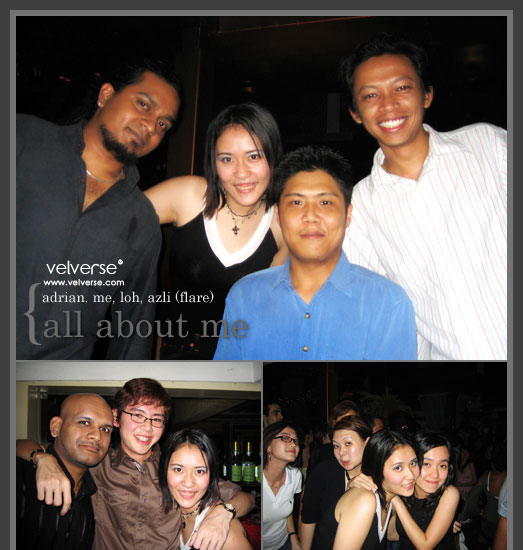 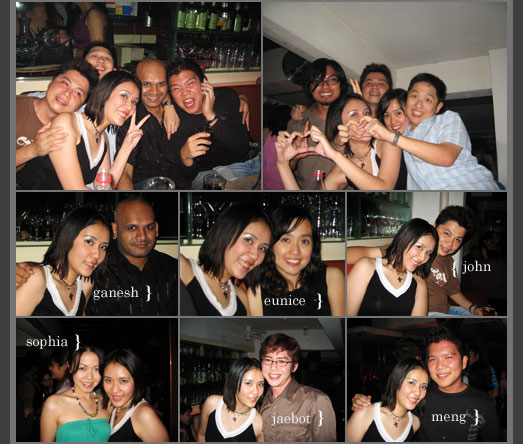 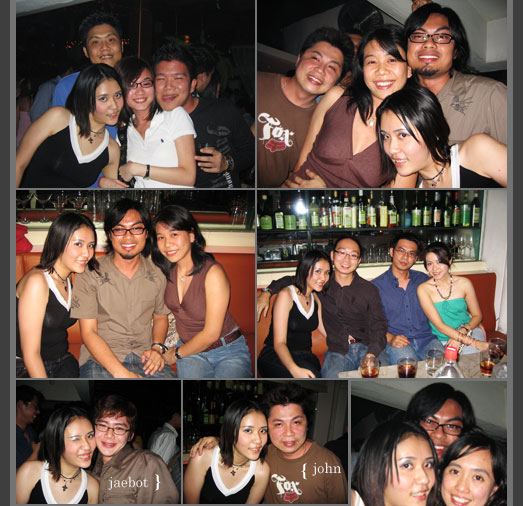 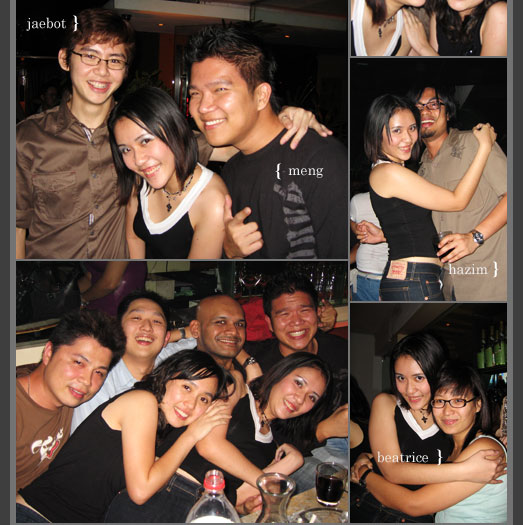 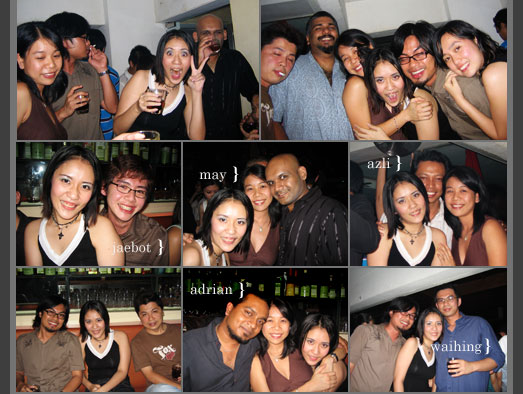 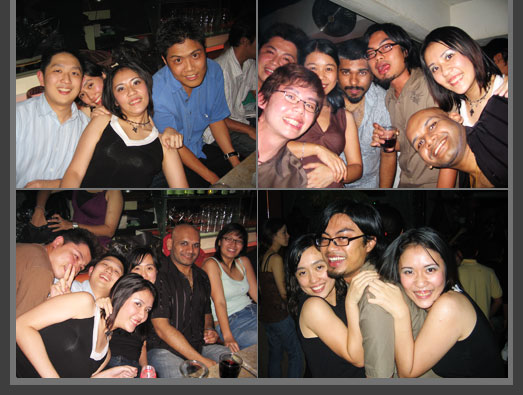 p/s – there are seriously loads more picture from the day. But I just can’t manage to fit everything in. Yeah! Almost 200++ pics were taken throughout the night.

Everything Just Go Higher And Higher