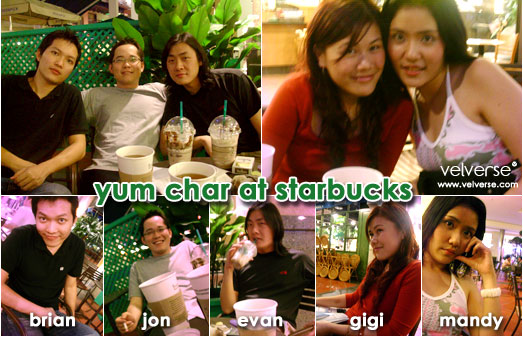 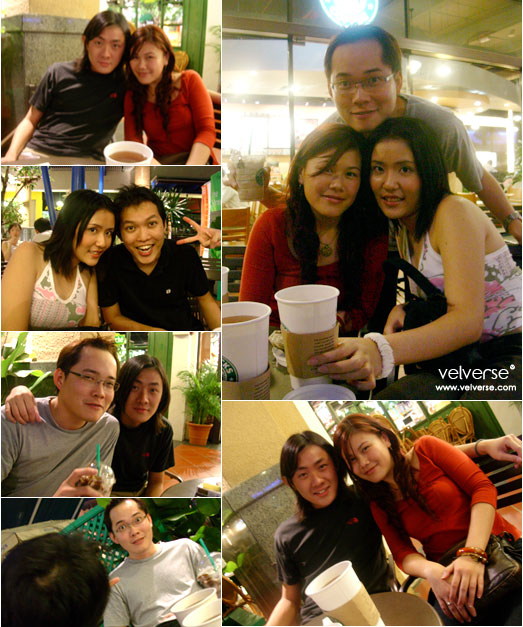 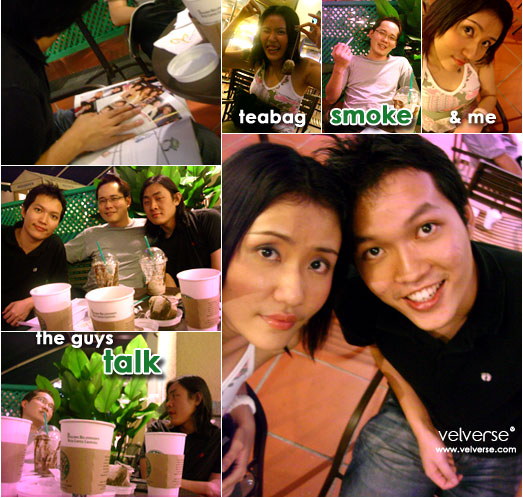 The night ghost has surfaced. Obvoiusly pancakes isn’t just the agenda for the day. It’s a normal culture for us to have after dinner plans… of course there are exceptions… when some of them are too busy or well… somehow too tired.

In today’s case, our plan was very english. Yeah…. pancakes and tea. We were supposed to try out this tea place (which will be featured in some further post). However, it closes sorta early so we gotta drop down at some place which closes late enough for us to crap around, take loads of photos and best of all still enjoy tea… as planned earlier.

Seems to me there is no better place than starbucks. Coffee person could continue on with their coffee addict… tea planner have their tea and well… sit down and chit chat. Evan who din make it to the pancake house *shake head* (totally wasted) manage to join us for yum char session.

I have no idea how come we have so many things to talk about… but well.. conversations just never run dry and we still manage to hang out till like 2-3am.

Night out with dylan and wife.