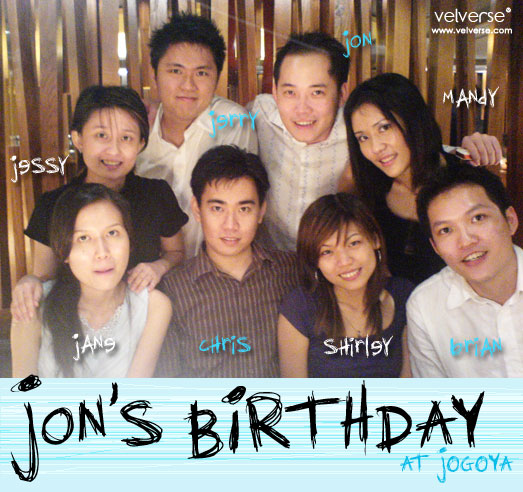 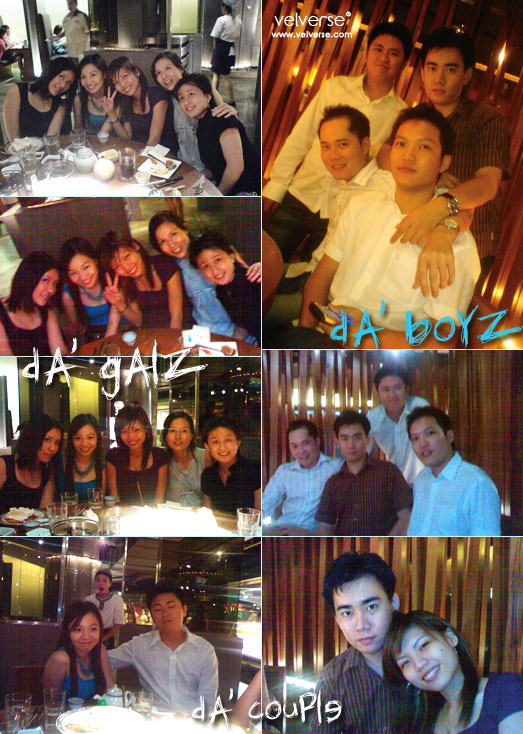 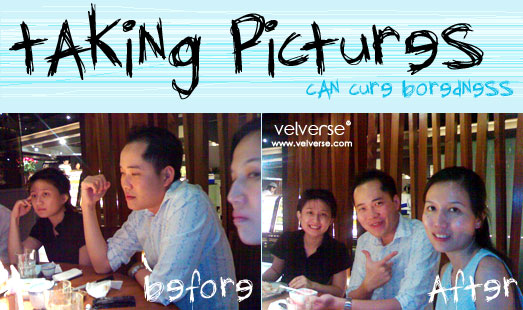 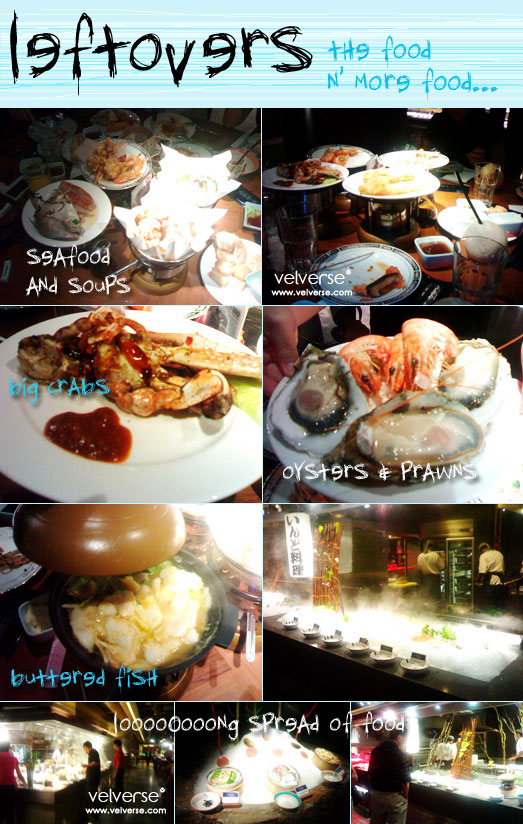 It’s time of the month for birthdays again. Yes… birthdays is the best thing that happen next to christmas. Yeah… good food… good people… good enough reason to celebrate.

This time around is Jon’s birthday and well.. it has been planned weeks ahead on this occasion.

Hahaha…. Jessy tricked Jon telling him she is dating him to go for dinner. Me… hahaha… I being so silly calling Jon midnight of 26th wishing him happy birthday when his actual birthday is on the 29th. I then quickly cover up and asked Jon to go malacca… to celebrate his birthday (knowing he would say NO since he already promised Jessy to go for the dinner). Well.. I pretend to be frustrated and well.. I even manage to merajuk at Jon for not dating me for dinner. Hahaha…

Well… Jon and the gang arrived early to Jogoya. Me, Jerry and his girlfriend was sorta late

We bump into Brian at the main door, pay and get in and get ready to eat! Just as I was about to set my butt down… Jon look at me and laughed. Hahaha…. mmm… maybe he was expecting a personal date… when suddenly everyone pop up to spoil his dating experience. Hahaha… Jon then look at me again and knew I called him and tricked him

Hehe… without delay.. I just stood up and grab whatever food that appeals to me. Seriously there is this huge and lots of selection. Raw, grilled, fried, steamed, soup, bake… whatever… you name it they have it. Better even they have loads to choose from and constantly refilled food and drinks. It was superb.

I ate non-stop for like 4 hours. Yes… I am not kidding when I said NON-STOP.. and if you get hold of anyone at the pictures above and asked them… I ain’t kidding.. and I seriously ate alot. Not those… 1 or 2 piece of food on the plate. Hahaha… yes… I make the money spent worthwhile. I had seriously bad craving for sashimi and thus.. I think I had 4 plates of sashimi before I went for main courses.

Don’t ask me what food I have had besides sashimi coz the only times I stood up and took something… was the sashimi. Other than that.. they picked and order and brought to the table… and all I ever do is steal someone elses food. Hahaha… why hassle to walk here and there when food is delivered to the doorstep… I mean… table.

It was a filling and great dinner. *burpz*

The pictures din turn out very well as the place was rather dark and ermmm non of us bring camera. Hahaha.. yeah true to the core that everyone is relying on their camera phones. Worst case senario… my camera was spoilt and my phone is out of battery.

Hence… I din take any pictures at all.

All the pictures above was take with Chris and Jon’s camera phone.

My Sis Treat Me To Wagyu Birthday Dinner At Shin Nihon