This week, the Project Crossroad theme given was to create a “fruit cocktail” character.
Let’s see start the party and see what drinks we have here 🍸.

My love for apple ciders inspired me to create this drink called “apple cerise”.
While the character likes apple and strongly believes that an apple a day keeps the doctor away. 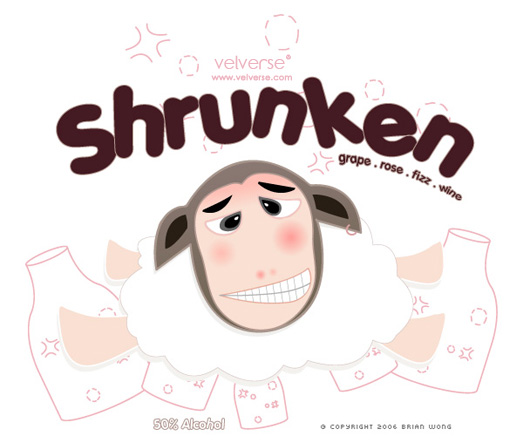 Brian submitted his “shrunken” drink, made from grape, rose, fizz and wine.
Sounds yummy, fizzy and mild. Yet drinks like this is the most dangerous type.
It gets you drinking and drinking, before you knew it you are drunk.
In this case, I’m sure the poor sheep is shrunken.

VJ aka hornybear surprised us with his participation.
He submitted his ballsy and hairy “pussyfoot”.
Such a deadly and powerful drink that will knock you off.

Jaeb0t’s  “crazy citrus clan” proves that it takes a clan to make the perfect cocktail.
Citrusy and violent, you can tell it’s danger level.
You have been warned. GANAS Level 10. Try at your own risk.

What is up next week?
Let’s Rock ‘n Roll next week. Create a “rock star” character.
Be it a pig drummer, chicken guitarist, human .. whatever not, so long it rocks the world!
Anyone else interested to join, email your artwork to me by Monday.

Project Crossroad: Jack In The Box