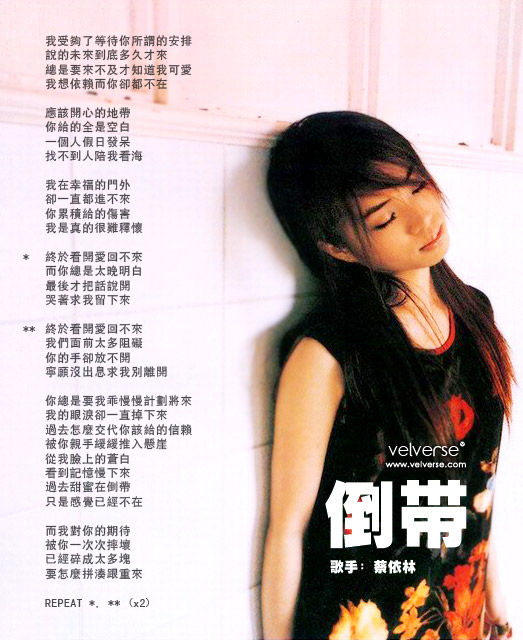 This song is quite an old song published back in 2004, titled 倒帶 (Dao Dai, translates as Rewind).
I was first introduced to this song, in a karaoke session and June was singing this song.

And surprisingly, this song was written by Jay Chow which loosely tells the story about a girl who had given up hope on her boyfriend and decided to part ways. The boyfriend later wanted to reconcile but was too late as the hurt and damage done was too deep, which makes it impossible for both to be together again.

I was chatting  with Nicole just yesterday on this topic.
It does make us all wonder, why would guys always have this sense of regret and say they wanted to get back with the girl – be it if they dump the girl or vice versa. I could understand if they are hoping for a second chance if they were dumped.
But if you are the one who initiated the break up, then why bother to come back?

Pinyin and English translations for songs are available at the comment section.

Wow… I want to know what you know!