I’d Rather You Not Know 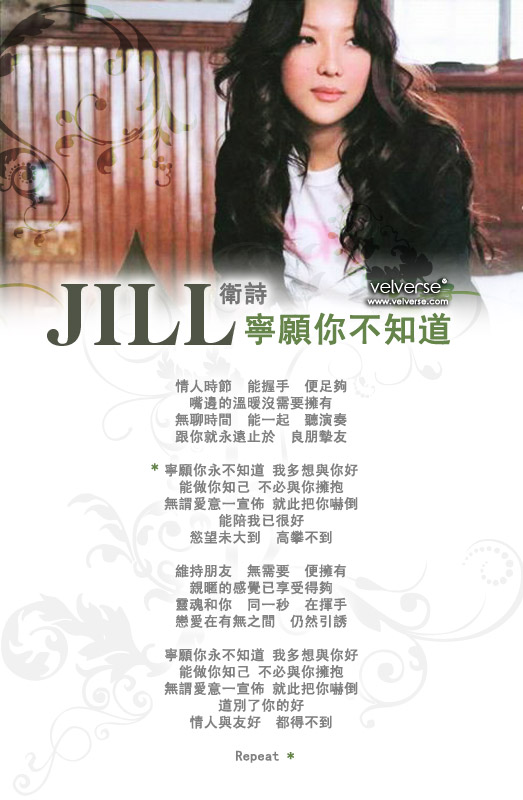 For those who know me, most of the song sharing and posting are affected and based on my current mood, recent conversation topics or thoughts.

I heard of this song a couple of times from the radio, never managed to listen to it as a whole.
Always on bits and pieces, either the front half or the end half.
Hence never really gotten to hear the radio DJs introduce the artist and the song title.

From the voice itself, I would have thought it was a Janice Vidal song.
And I was trying my luck searching for her songs to see if I can find it, but at no luck.
Little do I know that this song was actually by her sister, Jill Vidal (衛詩).
The song was titled 寧願你不知道 (I’d Rather You Not Know).

I never know twins have same voice range too!
How can they sound so alike, yet Janice is more popular?

Anyway, this song pops up in mind especially when I was having this conversation with Gigi.
Out of her curiosity, she asked me – What does it feels like when an ex-bf wants you back?

My first thought was – DON’T! Please don’t tell me.
I would rather I don’t know about it cause it will scare me away, especially if we are still friends.
If we are not friends, then I won’t even want to know.

I know, we humans are complicated.
At times we wish someone will just express their feelings to you.
But there are times, we rather they just keep it to themselves and not even mentioned it.
The big question – when should we express our feelings, when should we not?

English and Pinyin translations for songs are available at the comment section.