A movie a day~ 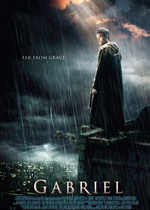 The fight between the Arc Angels and the Fallen Angels continue. Where it is always the fight to bring back light to earth. I am not a Christian, but movies like this never fails to  attract me. The movie started of with some loud music. Then some modern/confusing fight style which pretty much reminded me of Matrix. Next they had loads of blur filter on the skin and similarly to Ultraviolet, the effects just faded of half way through the show. Towards the ending, the show got a little forceful… in terms of script and the speed of how everyone else die. In the beginning, everyone sorta just die in style… towards the end, it just a quick painless death. Be reminded, there is a short scene after the credits. So don’t miss it~ 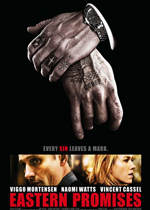 I used to think that this would really be a cool show to catch. The trailer is so interesting. The poster is so stylishly done. Nothing but a hand full of tattoos. It really is an awesome poster but the awesome word would just remains at the poster and nothing further. Many said it was superb… probably not my cup of tea. I felt the whole plot is just plain flat and it fails to bring out the climax. Each scene is so predictable. Then again, probably my review might not be right… cause the cinema censored way lots from the show. Sex scene… the chop of all the finger scene… and god knows what else scenes. But I must admit, the cinematography and the colours for this movie is really beautiful. Definately Viggo’s best acting… ever! 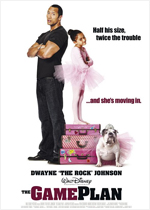 Ah… finally some heart-felt movie. Movies like this never fails to ligthen things for me. Yes, not much special effect, no green screen, no funky stunts… just plain acting, funny lines with a dash of family bonds. Yes, wake up and get back to reality. Not everyone knows what is the best thing that ever happen to us. Maybe some fail to realize it, probably some just is plain ignorant.Â 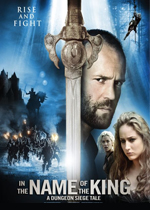 In the Name of the King – A Dungeon Siege Tale official site: http://www.inthenameoftheking.com/

Another movie created based on a video game but receive a different faith of review from me. I personally think it is some movie that tries too hard to follow the foodstep of LOTR but fails terribly. I really do mean TERRIBLY. The acting wasn’t that convincing to begin with… not to mention the ugly monsters they refer to as the Krug… haha… it was so laughable. They really look like a mascot went wrong falling and running around clumsily. The worst part, things that the characters do don’t make sense. The wizard tries to make it rain during the war between the soldiers and the Krug but the fact that the rain didn’t give any extra advantage to the Krug. So why bother to do it? Watch only if other movies is fully booked and you wanna watch some movie to kill time. 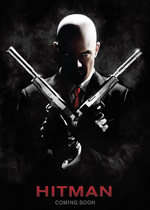 When I first saw the poster… I figured it looked like Vin Diesel. Guess what, it isn’t. Apparently the role was initially his… which he turned down later one and Timothy Olyphant took up the role. The movie is really cool. When I first saw it… it gives me this impression that it’s a foreign movie. The look and feel of it. I must say they really found the right person to act as Agent 47. The gun fighting scene is really cool. The whole show is just so cool and I just can’t keep my jaws closed. But I must say.. theÂ sword fighting thing is and are kinda weird and forceful.

Curse of the Golden Flower