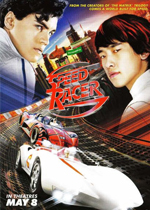 Weee… kaleidoscope!!! I always wanted one, since young. I don’t know why, but I think it is a damn cool thing to have, and I am so happy they did adapt the effect to Speed Racer. I love their wild and vibrant colours. Let’s just say this movie is super cool! I must say, it interest me and non-stop attacts me with either it’s plots or the car racing. Not to mention… it’s RAIN-ing in the movie! 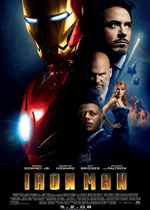 Wow! wow! wow! If kung fu movies were ment to wow the westerners, consider superhero movies like this to wow me *jaws dropped*. I totally love the show… even though I barely know Iron Man. To be honest, I’ve only like heard of this superhero being mentioned like 10 times and glance thru the visual for maybe twice. But yes, I love how they make the movie. Keep the storyline tight and best of all, it’s not one of those movie that Marvel just make without any effort. Yes, I must say… it is one of the best superhero movie to date. 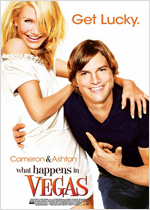 It’s been a while since I watch any romantic comedy from Ashton Kutcher. Not to mention, this time around… he is being partnered with Cameron Diaz. I like how this movie potrays what normally happens to people who get hooked up and married in Vegas. With loads of booze, casino and chapels. No wonder one can just get married in a blink of an eye. But what happens the next day? Worst is when your other half just strike the jackpot at the point you decided to call it a quit. Awww… this movie really just made my day… but I must say, Cameron definately could use loads of skincare. 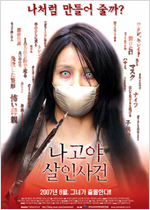 Together with Forbidden Kingdom, this movie sink to the bottom of the list. First of all, it isn’t exactly a ghost horror movie. Yes, I understand that it is an urban legend… but most of the storyline was edited and it is way different from the original one. I don’t actually mind the difference, but this story… till today, I still can’t figure why would she have to run around killing childrens. Not to mention, she did not go around scaring kids with her famous “Am I beautiful?” question. Well, this Slit-Mouthed woman isn’t exactly looking for a revenge. Isn’t exactly killing for a reason. I have no particular idea why a ghost actually hides kids. Some she killed, some she just hurt them badly while some… she just do nothing with them. Looks more like a psycho child kidnapper than a horror movie.