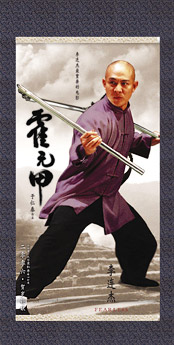 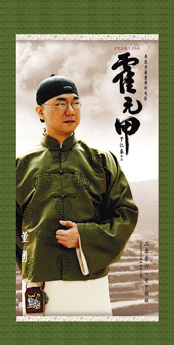 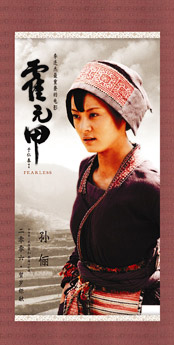 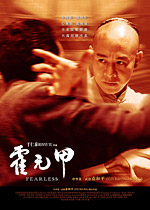 A lot of disturbing remarks and overload of information is buzzing around me. Itâ€™s been said to be Jet Liâ€™s last martial art movie. Yes, it seems like he wants to end his martial art career and venture into something else. There were even news that the originally 143 minutes movie was cut to 103 minutes to fit the market. Yes, good 40 minutes being cut here and there.

A story set back in early 1900â€™s where China was invaded by western powers and the Japanese power is constantly growing in China. China is known as the â€œAsiaâ€™s weakest countryâ€.

In this movie, Jet Li portrays the life of a martial art master Huo Yuen Jia (Huo). In his younger days, Huo was a weak child where asthma constantly strikes him. His dad, a great martial art master refuses to teach him martial arts due to his health condition. Huo secretly hide and peek at his dad each time his dad is practicing. One day, some guy challenged Huoâ€™s dad. Supposedly Huoâ€™s dad could win if he continues to attack, however he never did so which results him to lose. Huo was then upset and determine to learn martial arts to revenge.

*spoiler alert* Okay, I didnâ€™t know how, who or when did Huo learnt his martial art skills. Yeah.. there were no indication of how, who and when did he learn it from. The movie just cut and jumps to where Huo has grown up, even have a daughter. At that point of time, all that matters to him is to be â€œTianJin No. 1â€. He constantly challenges everyone to prove that he is the best of the best. Everything went on fine until one day, he killed someone in the challenge due to a misunderstanding. This challenge has caused him his families life. What is worst is when he found out the truth behind what had happen.

Huo then travel around and finally tries to drown himself. However, a blind girl and her grandma saved him. Huo then stays there and slowly learns and adapt to their culture. There, Huo also learns to be more patient and learnt that winning is not everything. He soon leaves the village and decided to travel back to where he belong only to find that everything has changed.

The place he used to live in was a big mess, the town was being invaded by westerners. Drugs, opium and westerners were seen everywhere. He finally knows that going around picking for fights is not the right thing to do and he decided to fight for the nation. *Yeay! Way to go Jet~*

The movie then zoom back to the starting scene where Huo is fighting against 4 foreigners. I like the ending. As in, it softly portrays how Chinese strikes back to prove to the world we are not â€œAsiaâ€™s weakest countryâ€. I like how they hint how the Japanese was being used to fight against own Asian countries.

As a whole, I think it has a great package. Great Jet Li as the lead, room for lots of stunts to happen, attention to details (especially the sword fighting scene where the knives got blunted). Yeah what can I say, action to the MAX! But I must say there are lack of development in the storyline. I dun blame them, 40 minutes of the show gone down the drain.