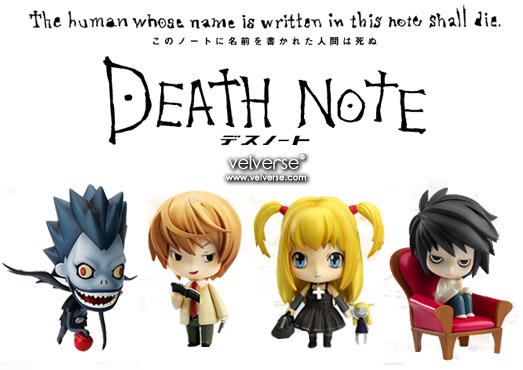 I completely fell in love with the movie Death Note 😍.
I noticed they did release some 12 inch figurine, but it was trying too hard to look like the real actor/actress (which is not to my liking).

As I prefer something smaller and cuter, I went completely crazy when I saw that they released a Nendroid version of the Death Note character. So far, noticed they have launched 4 main character – Ryuk, Light, Misa and L.

A big part of me wished they only launch this 4 character while I also secretly wished they would include Rem, Jealous and Watari as well. Guess it will burn a big hole in my pocket if they released all of this.

I’m planning to get Ryuk and Light by this Friday. Let’s pray hard it isn’t sold off by then.