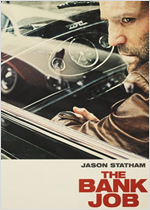 Woo… lightly promoted, or maybe it’s me who misses out most of the trailers in the cinema. The treatment and the retro like poster interested. Better still with the big highlight of the word “Royal Scandal” plus the big word BASED ON TRUE STORY. I would say this is a little different. Nicely put up together. They censored loads of scene and of course words. Hence after the cut, one could take sometime wonder what they missed out. The movie started of a little slow but ended up with a quite okay ending. Of course character development could be better. Then again… I still have major problem with the accent 🙁 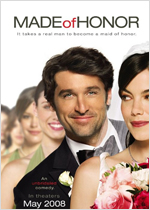 Made of Honor official site: http://www.madeofhonor-movie.com/

Something light… something romantic yet laughable. Despite my high expectations for movies, I still love those movie that is so predictable but romantic. Yeah, after all, I’m a typical girl who believes in romantic and happy endings. Made of Honor is pretty good, in the sense of how people would always take the people around them for granted until they actually decided to move on. Yup, not everyone could have the best of both worlds I suppose. It’s super funny… especially the glow in the dark beads. 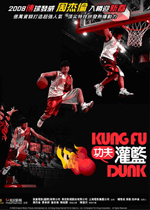 Another movie riding on the success of Shaolin Soccer and Slam Dunk. Yeah, it is practically the same concept, except the fact that you change soccer to basketball. Jay Chow takes up the role as a great basketballer by nature. Doubt I need to mention much since the first two lines practically tells the whole story. I watch it cause there are two cute guys in the movie (excluding Jay). My advice? Watch if your idol acts in it.

Ms. Muffin At The Peak

Hokkien Mee and Me!