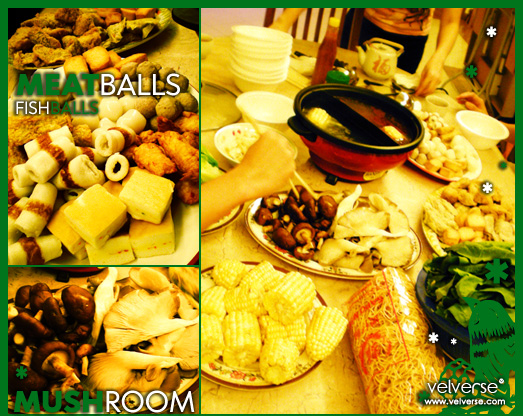 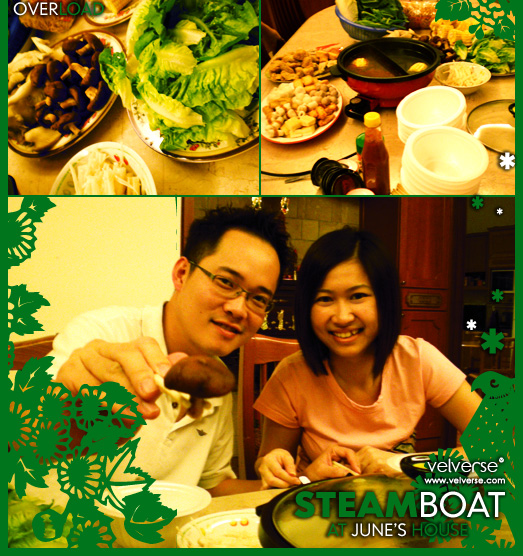 A few weeks ago, Jon suddenly text me and invited me and the gang over to June’s place for steamboat. Slurp… slurp… I love steamboat!!!

I mean… what is better than steamboat. Everything and anything in one big pot. Er… then come to think of it, I prefer BBQ more. So yes… it’s been sometime since I saw the both of them. I think the last time I met them was on their registration day.

Yeah… when I reach, nobody was there. I wanted to offer my help, but it seems everything is ready. All I need to do is just quietly sit down and finish the food. While waiting… Jon showed me their registration day pictures. Me and the rest of the gang did help out. We helped Jon and June took some pre-registration day photos.

I must say… some of them looks really really good. How come I ain’t showing it? Er… coz Jon hasn’t pass me the pics 🙂

Well… anyway back to the steamboat. It was totally awesome. One of June’s friend just got back from Cameron Highlands. She brought along loads of fresh and juicy mushrooms… not forgetting fresh vegetables and corn!!!!

As a mushroom lover, I would say I had overload of mushroom and I really am a happy person. Loads of them didn’t join us for dinner. Instead they came over later during the night for a game or two and some chit chat.

I think we should do more of this eating thing! Don’t we?